Home > About Thomas FX > Overview
All Prices in USD

We manufacture the world's best biodegradable snow and ash products onsite and distribute them together with paper cellulose and polymer snow products throughout Canada and around the world. While Thomas FX has built a global reputation for biodegradable artificial snow and ash, that is only the beginning of our story . . .

Over the years, Thomas FX has developed lines of proprietary seasonal consumer retail products which we sell from our own retail store, and via the internet through this e-Commerce website. We have also wholesaled our products in the past to many of the largest retail chains in the world for resale in their stores.

Many of our unique seasonally themed products are also used extensively by the visual display and merchandising departments of many of the world's most prestigious retail brands, and are also popular with special events, theaters, themed attractions, tourism destinations, and with set dec and props buyers around the world.

Responding to a steady and growing demand from special event and themed attractions professionals, we have established an active special event division and regularly provide production consulting services that complement sales of our quality special effects products and equipment.

Thomas FX Group Inc., launched in 1968 and incorporated in 1973 as Thomas Special Effects, is credited as being one of the pioneers that built the Canadian film industry. Today, wherever movies are being made, or entertainment of any kind is being produced, Thomas FX products are being used.

Today, having been involved in the production of thousands of successful feature films, television series and commercial productions, the Thomas name is well known throughout North America and internationally by leading entertainment professionals working on six continents.

Since 1968, the Thomas FX Group has grown to become one of the most influential special effects service businesses in the entertainment industry, as well as one of the world's leading distributors of cutting edge seasonal consumer retail merchandise.

Over the years, we have received dozens of awards and commendations for achievement and business excellence. At Thomas FX we believe in giving back to our community and regularly support a variety of educational initiatives and community job training programs. 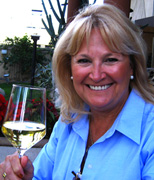 Betty Thomas Quee is widely recognized as one of the pioneers of the Canadian film industry. In addition to helping to establish the Thomas name as the premiere special effects company in Canada and supporting dramatic effects for successful film projects around the world, she was the first female stunt performer, first female stunt coordinator, and first female 2nd unit director in Canada.

She accrued credits and experience as a Stunt Coordinator on feature films such as 'The Edge' working with Anthony Hopkins and Alex Baldwin, and on 'Jumanji' working with Robin Williams. She has also worked extensively as both Director and Producer, and worked as 2nd Unit Director on the world-renowned Director John Woo's "To Catch A Thief".

Betty has been recognized nationally by her peers as "Canadian Woman Entrepreneur of the Year" for her contribution to the local economy, and received the international "Ambassador's Award" from Canada's Ambassador to the United States, in Washington DC.

Betty also received the "Award of Merit" from the British Columbia Film Commission for her "Contribution to the Development of the BC Film Industry", and several awards from the North Vancouver Chamber of Commerce for "Business Excellence"... for "Innovation", and for "Best Business".

Today, after more than three decades at the helm of Thomas FX, Betty's legacy of commitment to the film industry, and fostering award winning business excellence, continues as she leads the Thomas FX Group in its ongoing contribution to the dynamic industry she helped to establish in Canada and delivery of a comprehensive array of services to the international entertainment community.

Betty maintains a strong leadership role at the forefront of the company's Film Services Division in addition to her role driving global expansion in our Consumer Retail Division. Betty oversees every detail from product design and global sourcing through to sales, manufacturing, customer service and global logistics.

Betty is a member of the International Women's Business Forum, an Honorary Lifetime Member of Canadian Women in Film & Video, and a long standing judge for the annual Canadian Woman Entrepreneur of the Year Awards. 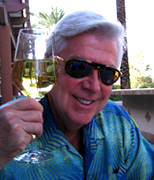 John Quee John began his entertainment career in the early 60's as a professional musician. His first 'real' job was working in Toronto at the Canadian Broadcasting Corporation in the late 60's. However music was still his first love and he left the CBC to tour with renowned Canadian recording artist 'Bobby Curtola'.

Over the years, John performed with many of Canada's leading studio musicians, such as Wally Koster, Jimmy Namaro, Guido Basso, Tommy Common, Rob McConnell, and with members from musical groups such as: Edward Bear, Mashmakan, Gordon Lightfoot, Neil Young, Ten Years After, and Martha Reeves & The Vandallas.

Eventually, John turned his back on a successful music career to establish and build a dynamic career in the the world of business. In 2002, John brought an extensive background in fast track business development and change management to the Thomas FX Group. With more than four decades of 'hands on' entertainment industry management expertise, he is well versed in all aspects of the leisure and entertainment industry and highly effective at enabling dramatic growth within dynamic organizations.

John's management expertise earned numerous awards and has attracted extensive international media coverage. Subsequent to working with the world renowned IMAX Corporation, outfitting and launching the world's first "commercial" IMAX Theatre, and establishing it as the first profitable IMAX Theatre in the world, John received recognition from the American Bus Association for producing one of the "Top 100 Events in North America".

In 2000, while Chief Executive Officer of a publicly traded multimedia software development corporation, financed by a group of elite Swiss banks, the Government of Canada invited John to speak on behalf of Canada's high technology industry during the Canada Japan Free Trade Negotiations.

Since joining Thomas FX, John has been the driving force behind the company's dramatic diversification and global expansion. In overseeing new product development, manufacturing and retail operations, and in orchestrating Thomas FX's corporate and international business expansion, John ensures that the company's effectiveness is optimized while maintaining focus on the underlying fair-minded ethical business practices that have set Thomas FX apart from its local and global competitors for more than four decades.

John holds an MBA degree in International Management (with distinction), and membership in Mensa Canada. Formerly, an active volunteer with the Vancouver Board of Trade, John was a member of the Community Affairs Committee, the Economic Development Committee, and the Vancouver Downtown Eastside Task Force. He was also Co-Chair of the Board's Annual Business & the Arts Awards Committee, Chair of the Tourism Leisure & Entertainment Committee, and Chair of the Board's 2010 Olympic Bid Support Task Force, the initiative that proved overwhelming support from Vancouver's business community for launching Vancouver's successful 2010 Olympic Bid.

John is committed to making a difference in the world, creating a dynamic environment where ongoing innovation and business excellence can flourish, and forging 'win-win' relationships with clients and strategic partners worldwide. John's book "From Skid Row to CEO"©, promotes the notion that nothing is impossible, and empowers people to embrace their fullest potential. 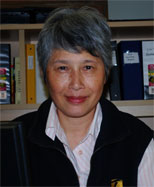 Isabel Chan is a seasoned financial management executive, with extensive experience in the movie / television industries as well as high technology industries.  She has been the Controller / CFO of Thomas FX Group Inc. since March 2015.

Isabel has a successful track record in establishing financial control and strengthening financial management for large and public companies, as well as for small and local businesses.   With her strategic analytical skills and creative problem solving capabilities, she has turned around businesses and increased profitability of many companies in Hong Kong, Toronto and British Columbia, Canada.

When she was the Financial Controller of i-Cable Communications Ltd., Isabel worked with Merrill Lynch to dual list the company in Hong Kong Stock Exchange and in NASDAQ Exchange of the US and to raise US$550 million from the IPO.   Her exposure to corporate development includes managing the MBO of a technology company from a major conglomerate (the Li & Fung Group) in Hong Kong.  She also supported a sizable real estate business acquisition transaction in British Columbia, Canada.

Isabel is a Certified Public Accountant (CPA, CMA) in British Columbia, Canada.  She obtained a Master degree in Business Administration (MBA) and a Bachelor of Social Science degree from The Chinese University of Hong Kong.  Isabel speaks English and Cantonese.

Thomas FX Local Time
10:35:16
PST
JULY 2022
. . . Call Us First . . .
604.929.5455
We Are Always
Ready To Help
Stay connected
STAY SAFE!
604.929.5455
WORLDWIDE SERVICE
WHEN & WHERE YOU
NEED IT, EVERY TIME
DUE TO INFLATIONARY
FORCES BEYOND OUR
CONTROL ALL PRICES
SUBJECT TO CHANGE
WITHOUT NOTICE
QUOTES GUARANTEED
FOR 24 HOURS ONLY
FOR YOUR SAFETY . . .
Thomas FX Serves
Established Industry
Customers Only.
Proof Of Double Covid
Vaccination Is Required
To Enter Our Business
Members Of The
General  Public May
Not Enter, But Are
Welcome To Place
Orders Online.
Unvaccinated Customers
Can Purchase Online,
Or By Phone With
Contactless Pick-Up
All COVID-19 Protective
Measures Are Installed In Our
Store. Masks Required, Hand
Sanitizer, Temperature Checks,
& Social Distancing Rules In Place.
We reserve the right to limit or
deny access to our building.
Practice COVID Protocols
Stay Safe!
Watch now Experience the World's Greatest Halloween Store